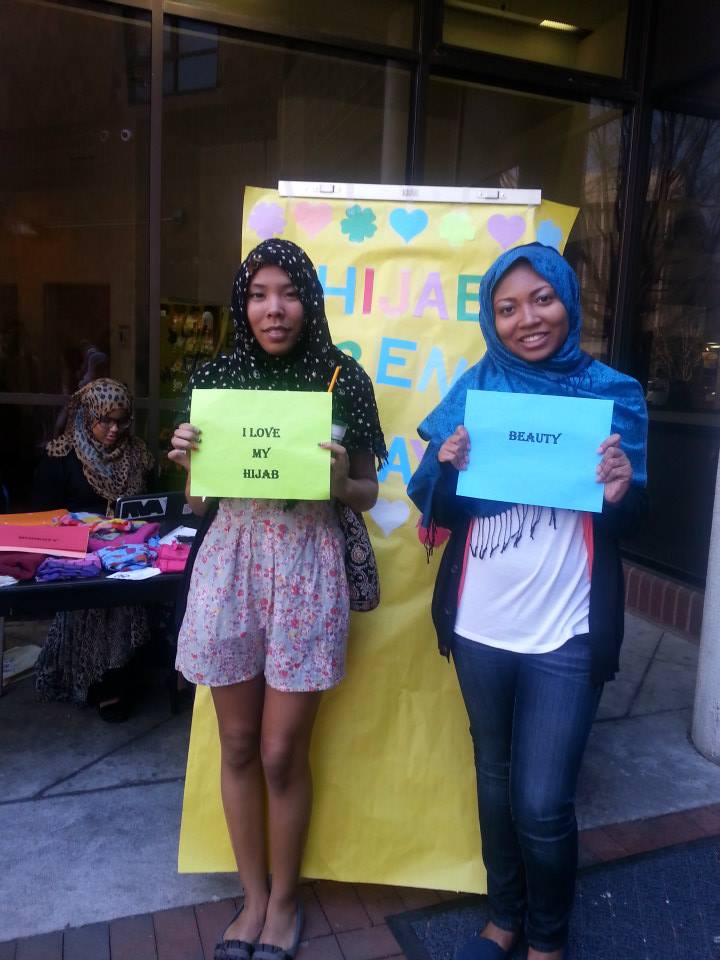 Students pose in the front of the University Student Commons with signs and hijabs (scarves) , in honor of Hijab Awareness Day- an event which highlighted the reasons behind why Muslim women wear the hijab. During the event, students tried on a hijab and were explained the reasons why one would wear a hijab.Universities such as George Mason University, Rutgers University and other collegiate MSAs have put on similar events.

The event was put on April 2 by VCU’s Muslim Student Association.

“I think the event was very sucessful and it was nice to see so many people genuinely interested and curious about it,” said MSA member and sophomore Tasneem Daud.

There was an error retrieving images from Instagram. An attempt will be remade in a few minutes.