Each year during the fall, regional conferences for the Association of College Unions International (ACUI), a non-profit educational organization that supports the development of community through education, advocacy and the delivery of services, unites college union and student professionals from hundreds of schools in seven countries. 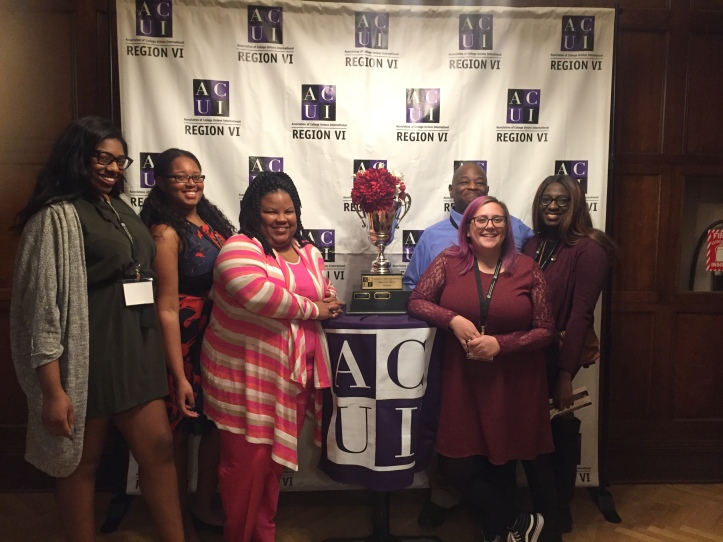 Nailah Salvary, senior criminal justice and African American studies major, attended the conference for the second time. Part of Salvary’s interest in attending the conference was to gain a better perspective of diversity and inclusivity in other universities. The majority of sessions that she went to touched on themes such as biases and issues of privilege. “Being a gender, sexuality and women’s studies minor I thought it was really great to have sessions that I could relate to, not only as a student, but also as a worker of an environment that’s extremely diverse,” Salvary said.

The ACUI conference is host to many academic and professional opportunities, which Terry Brown, operations and retail coordinator for USC&A, believes are the most pivotal experiences students and staff can take away. “The best thing I get out of the conference is the networking and being able to meet other similar professionals,” Brown said. “There are educational sessions that teach you how to train employees, hire employees and more.”

Aisha Konare, senior biology major, attended the conference for the first time this year. Konare said one of the most important things she took away from the conference experience was the theme of unconscious bias. Unconscious biases are social stereotypes about certain groups of people that individuals form outside their own conscious awareness. Konare, an information assistant at USC&A hopes to implement what she learned within the capacity of her position. “When you think about it, the information assistants from VCU are the people that […] [make the] first impression of what VCU is, so by representing VCU in that sense, we need to better the way we speak to people and better the way we say certain things,” Konare said. 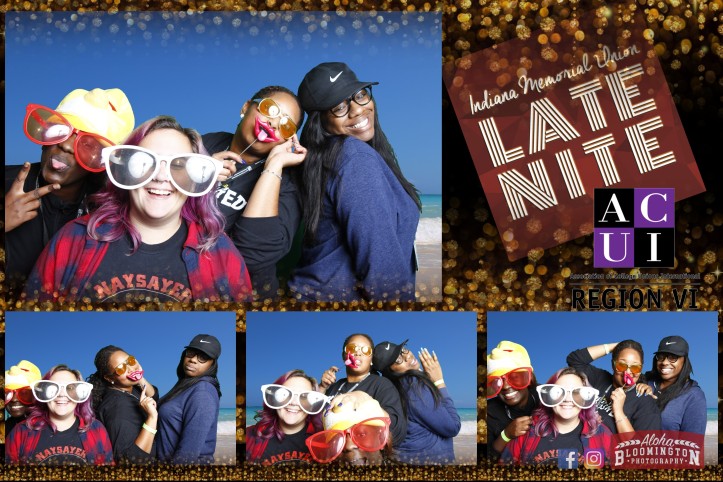 Kailah Cypress, senior business management major and a building manager for USC&A, also attended the conference for the first time. Inspired by the open and friendly environment of the conference, Cypress returned eager to integrate and implement what she learned at the conference into her daily life. “I want to put [what I learned at the conference] towards the type of person I am and I feel like that will help me grow, with this job and when I graduate from college and go to my next [job],” Cypress said.

Overall, the ACUI 2016 Region VI regional conference was a positive experience for students and staff alike. On this point, Cypress and Konare agree. “This weekend made us so passionate about our customer service here at VCU. At the end of the day, we need to please students, faculty, staff and [those] that are lost. This weekend taught us so much about how important customer service is and how important first impressions are,” Konare said.

The ACUI 2017 annual conference will be held in Philadelphia, Pa. on March 19-23. USC&A plans to send representatives to this conference to expand on the regional conference experience. 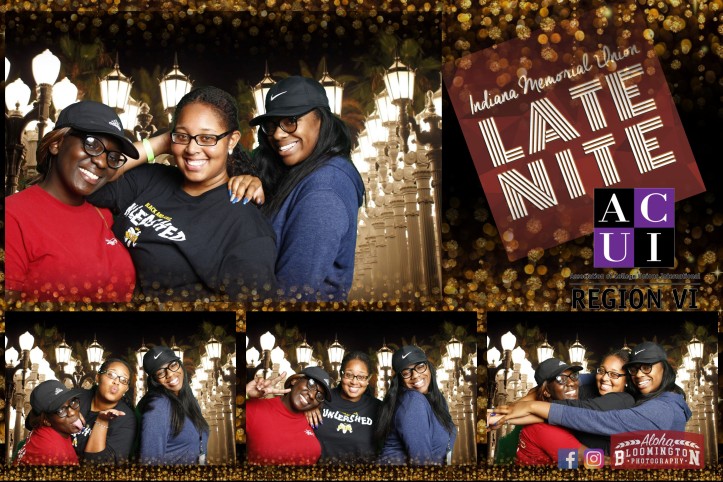 Join APB for "The Start of Something New" Bingo Night on Thursday, January 23 from 7 to 9 pm in The Commons, Second Floor, Richmond Salons. @apb_vcu Free event. All students welcome. No RSVP required. Image of colored balls with numbers and a bingo card with and icons such as a grill, crayons, a car, a house, a camera.
All are invited to our Transfer Student Leadership Program info sessions! Pick from one of two sessions: Wed., Jan. 22, 3:30 to 4 pm OR Tues., Jan. 28 from 4:30 to 5:30 pm. Both sessions will be held in The Commons, Second Floor, Room 229 (Leadership Suite at the top of the stairs.) Image: Icons of people in a circle holding hands and miscellaneous icons like light bulbs, arrows and magnifying glasses. USC&A logo. RamsConnect.VCU.edu logo
Save the Date! The Spring Student Org Fair is Jan. 24 from 11 am to 2 pm on the 2nd floor of The Commons. The event is free and open to all students. Want a preview? Browse info and connect with all student orgs on RamsConnect. Image: A variety of motifs that illustrate themes of student clubs such as games, music, cooking and more. RamsConnect logo and USC&A logo.
Looking for Student Clubs & Events at VCU? Check out RamsConnect. Link in Bio.
Looking to Make a Difference? Run for VCU SGA. You Could Be the Next: President for Students VP for Graduate & Professional Students VP for Undergraduate Students Senator(s) (for both VCU campuses) Info Sessions for Interested Candidates: Feb. 3, 4, 5 & 6 1 to 2 pm, VCU SGA Chambers, The Commons 5:30 to 6:30 pm, The Hub, Hunton Student Center Go to SGA on RamsConnect.VCU.edu for more info. Link in Bio. Image: Red background. Cartoon illustration of a Ram in a suit at the podium. SGA logo. USC&A logo. RamsConnect logo.
All Students Welcome to Attend: VCU SGA Graduate & Professional Student Senate Meeting Larrick Student Center, MCV Campus Wed., Jan., 29, 5:30 pm RSVP on RamsConnect, link in Bio. Save the date. SGA Senate Meetings for Graduate & Professional Students on Graduate and Professional are on Feb. 19, March 4, March 25 and April 15. Image: VCU SGA